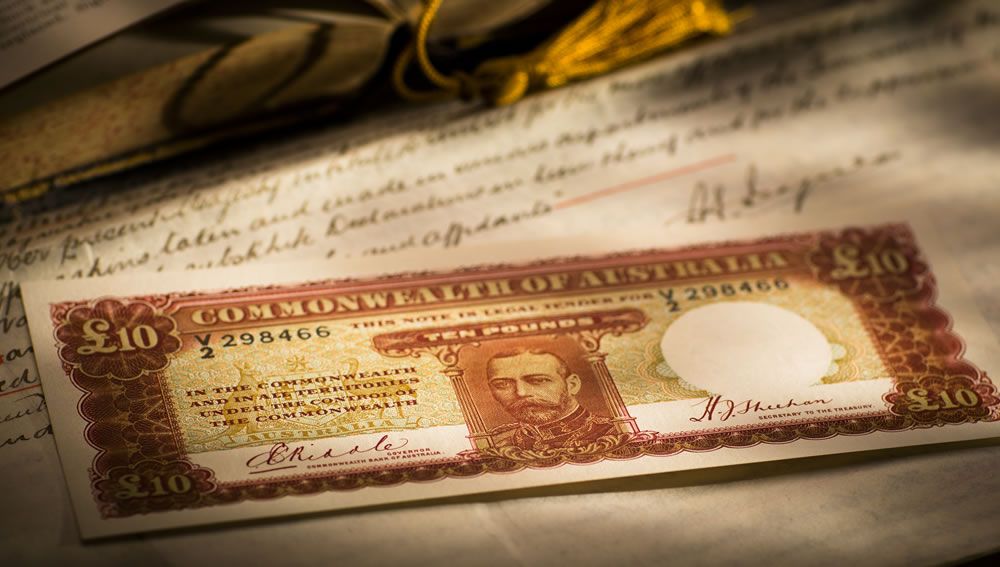 This Ten Pounds banknote might have come off the printing press yesterday. It is that good.

Yet it was printed in 1934, and there would have been a lot of temptation to use a ‘ten quid’ note before decimalisation in 1966.

The note is crisp, the colours impactful and vibrant. And it is this supreme quality that offers the buyer the ultimate confidence. The ultimate faith in its investment potential.

Its quality is unbeatable. Only twelve or so examples survive in this original pristine condition from the three million originally printed.

It is this point that we invoke the question … where do you find a supreme quality rarity at this price level?

The George V 1934 Riddle Sheehan banknotes of £1, £5 and £10 introduced a new era in banknote design aimed at thwarting potential forgers. A press release in early October 1934 stated that new design features would include effective watermarks, intricate and delicate engraving and anti-photographic colour printing.

Other innovations were the addition of a circle in the lower centre displaying the watermark profile of the Prince of Wales (later to become the King who abdicated – Edward VIII).