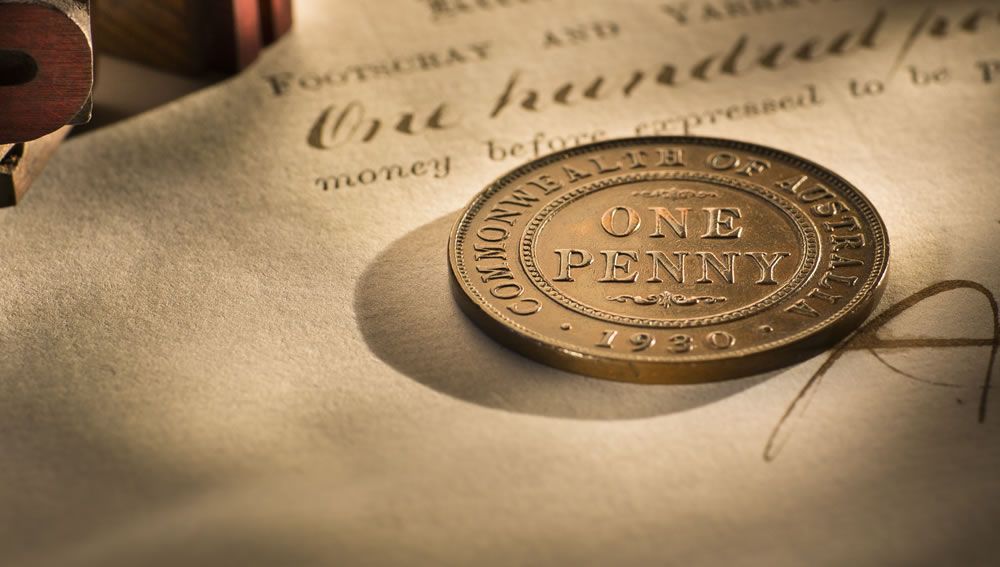 1930 Penny
COIN
1930 Penny
PRICE
$ 29,500
STATUS
Sold December 2014
QUALITY
Good Fine / Very Fine
PROVENANCE
Private Collection Victoria
COMMENTS
This 1930 Penny is worth a serious look. Quality-wise it is well above those most commonly sighted. It is nicely toned and is a beauty!
Enquire Now

This 1930 Penny is worth a serious look. Quality-wise it is well above those most commonly sighted. It is nicely toned and is a beauty!

We are regularly searching out 1930 Pennies to satisfy buying enquiries. The difficulty here is that the majority of coins that we see simply do not meet our quality criteria. As a case in point, we recently flew to Canberra and inspected four 1930 Pennies from long-term collections and rejected all of them.

That the 1930 Penny underwent at least a decade of circulation before it was discovered means that most of the surviving examples are knocked around, with obvious defects such as edge bumps and gouges.

We do our due diligence. We only take up those 1930 Pennies that we believe offer value for money and that have a sound basis for investment.

We refuse those coins that have unsightly gouges or harsh edge knocks. The coins have to be extremely attractive to look at even though they have circulated for in our opinion coins of this ilk have the greatest investment potential.

This coin has passed our scrutiny with flying colours.

But take a close look at the reverse. It is graded at Very Fine and shows minimal effects of circulation.

This is a quality 1930 Penny, one that you would be proud to show your friends.

The rarity and significance of the 1930 Penny touches all of its owners. We speak from experience. We have seen it first hand with our clients, the sheer excitement of acquiring Australia’s famous copper rarity. You can hear it in their voice. You can see it in their face.

The 1930 Penny is a national icon and its star status has made it one of Australia’s most valuable circulating coins.

Officially the 1930 Penny was never struck and a review of minting records at the Melbourne Mint confirms the same. However, as we all know, a small number of 1930 Pennies were accidentally struck and released into circulation creating a collecting frenzy that exists to this very day.