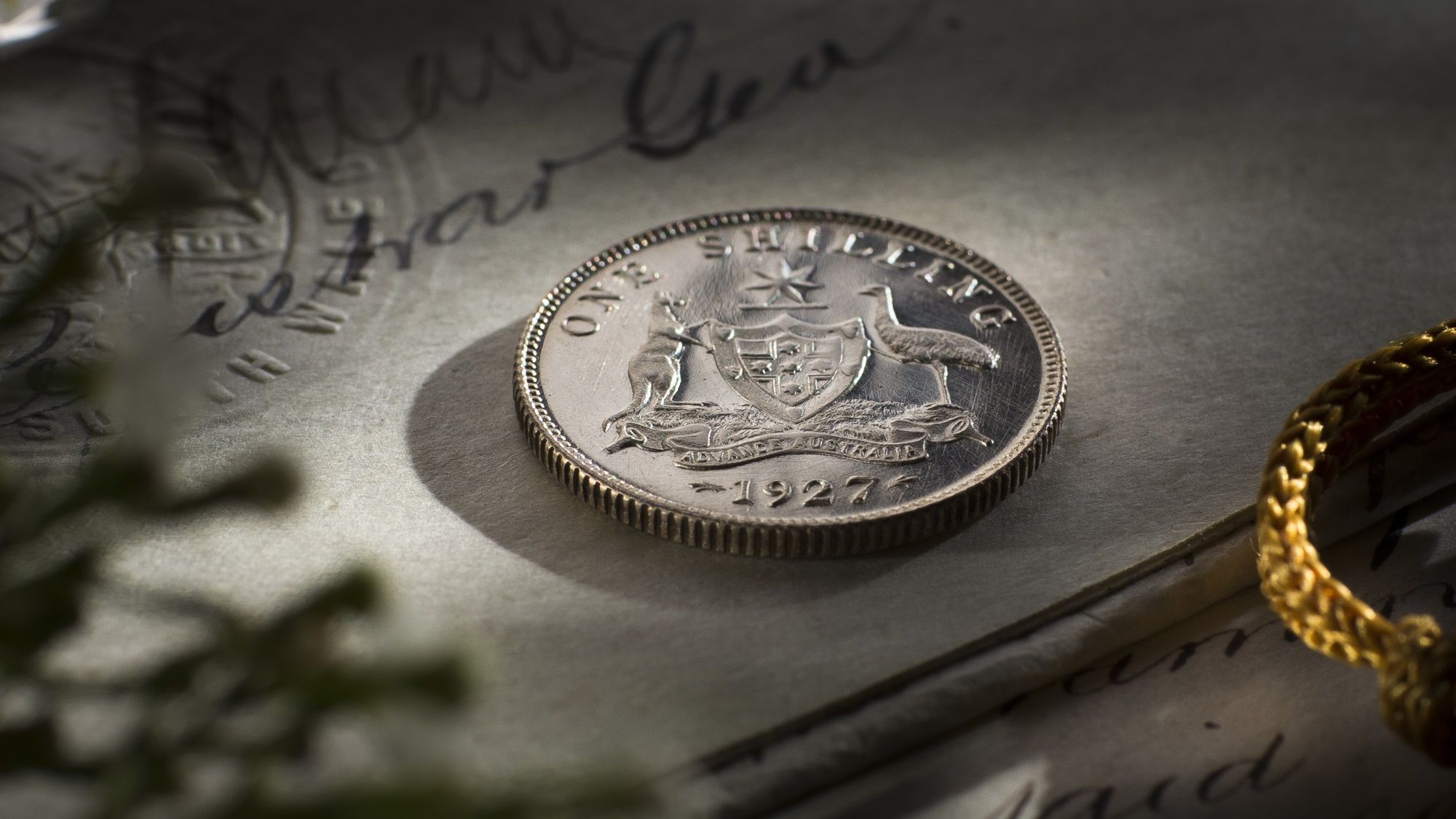 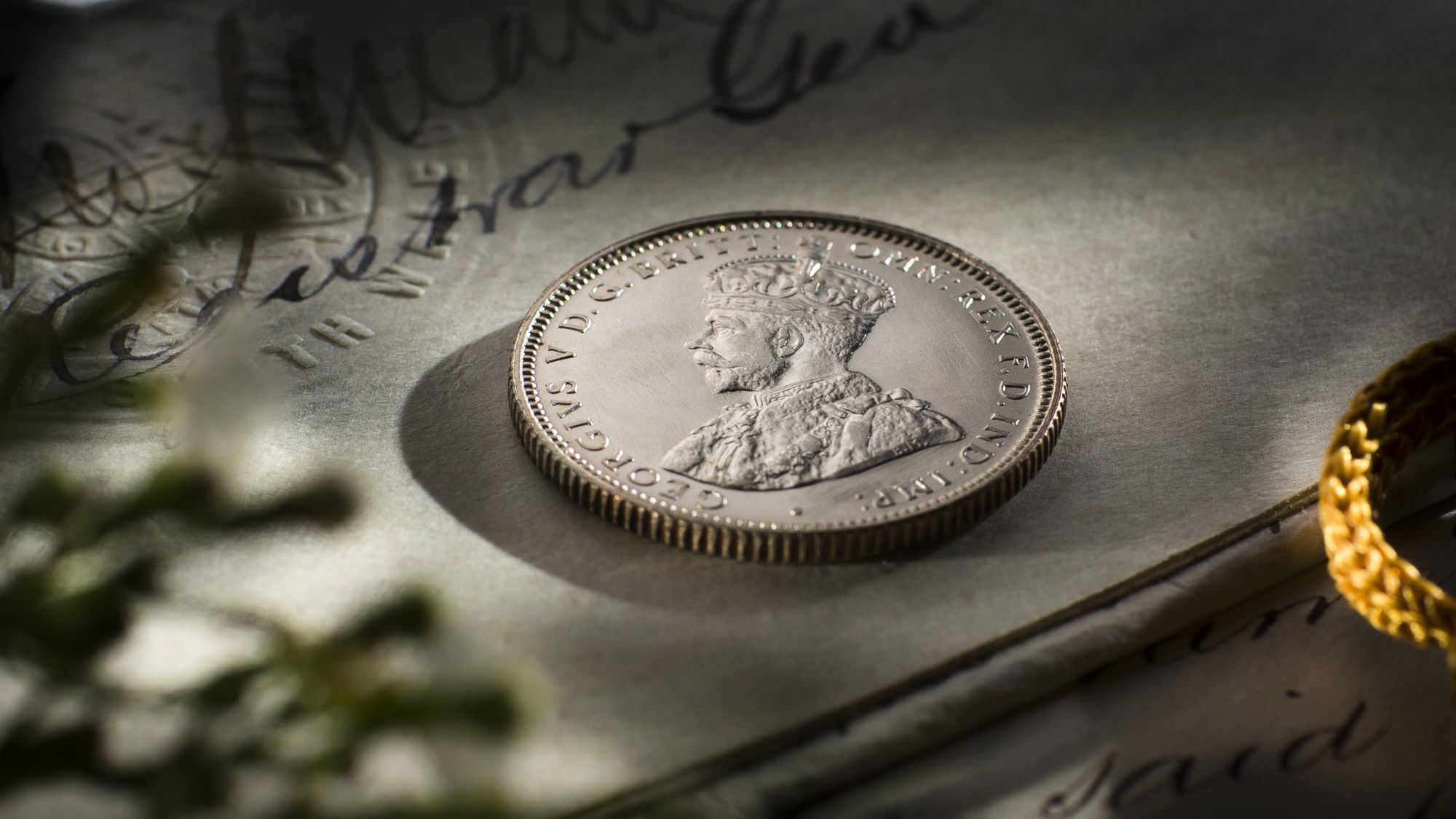 1927 Proof Shilling
COIN
1927 Proof Shilling
QUALITY
FDC
PROVENANCE
Spink Auctions 1978, Spink Auctions 1982
PRICE
$ 65,000
COMMENTS
An experienced collector will recognise the masterpiece qualities of this coin. It is unequivocally one of the very finest Australian silver proof coins around, if not the finest. The experienced collector will also be aware that as a George V silver proof, the coin is of the highest rarity. (And this is indeed the case for it is the only example that we have sighted on the open market in more than half a century.) The novice collector will simply look at this coin and just say 'wow'.
STATUS
Available now 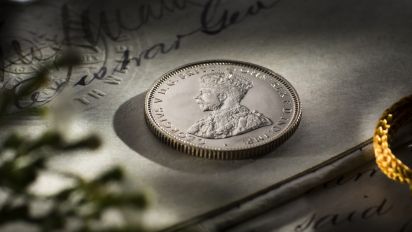 In the striking of this 1927 Proof Shilling, the Melbourne Mint's intention was to create a single masterpiece.

And there is not a single doubt that the mint's ambitions were fulfilled through the striking of this coin.

The Melbourne Mint's aim was to have:

Perfection in the dies. The dies were wire brushed so that they were razor sharp to create a highly detailed design.

The criss-crossed markings that are visible in the photograph are in fact 'striations': the wire brush marks that have been stamped onto the coin through the striking process. The stronger the striations ... the better the striking.

Perfection in the fields. Achieved by hand selecting unblemished blanks, polished to a mirror shine.

Perfection in the edges. Encasing the design like a 'picture frame' to a canvass.

Proof coins were never intended to be tucked into a purse or be used in day to day transactions. Proof coins in this era were struck to be preserved in Government archives as a record of Australia's coining history, time capsuled for future generations.

The minting process was precise and labour intensive; the reality being that only a handful were ever struck.

One for the Melbourne Mint. One for the Royal Mint London. And perhaps one or two extra.

The very reason why Australia's George V archival proofs are so rare in today's collector market.

This 1927 Proof Shilling has been exhibited in Australia on many occasions, its most recent appearance at the 2017 Sydney Money Expo.

Whenever it has been displayed, we note the respect and adulation of the collecting public. And perhaps even more important, the praise from our dealer colleagues.

Classic heritage piece, family heirloom, investment ....  this superb 1927 Proof Shilling is all of the above.