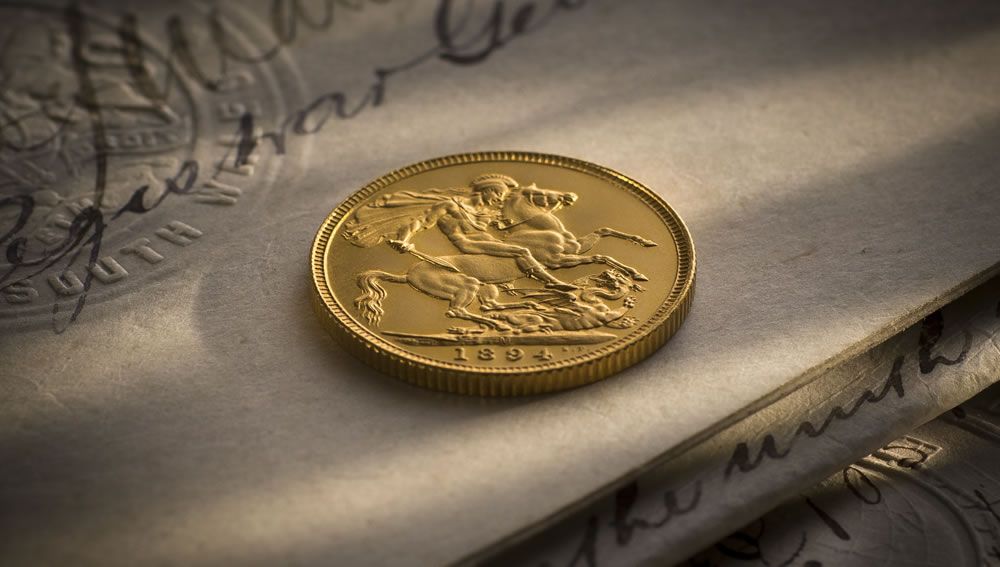 History records that Murdoch, an avid collector, financed the striking of the proof sovereigns in 1894 at the Melbourne Mint. Three were believed struck, each coin featuring the Veiled Head portrait of Queen Victoria. This coin is to our knowledge, the only example out of the original mintage to be sighted on the open market.

Murdoch liquidated his collection in 1903 at a London Auction conducted by Sotheby, Wilkinson & Hodge London: this 1894 Proof Sovereign listed as lot 636. His collection was marketed as one of the most important, valuable and extensive ever formed in England, his gold patterns and proofs in particular were described as brilliant and unrivalled at the time.

The second auction appearance of the 1894 Proof Sovereign occurred in 1974 at Glendinings London.

The coin has never been offered at an Australian public auction.

That proof coins were struck in the nineteenth century may surprise some readers. But it has to be said that the striking of proof coins is not a modern day phenomenon. Nor a product of the decimal era.

Australia’s mints were striking proofs of our pre-decimal coinage in the nineteenth and twentieth centuries and the intention was then, as it is today, to create limited mintage collector coins struck to the highest quality standards. But with two very glaring differences. The mintages more than a century ago were minuscule. And their striking was sporadic.