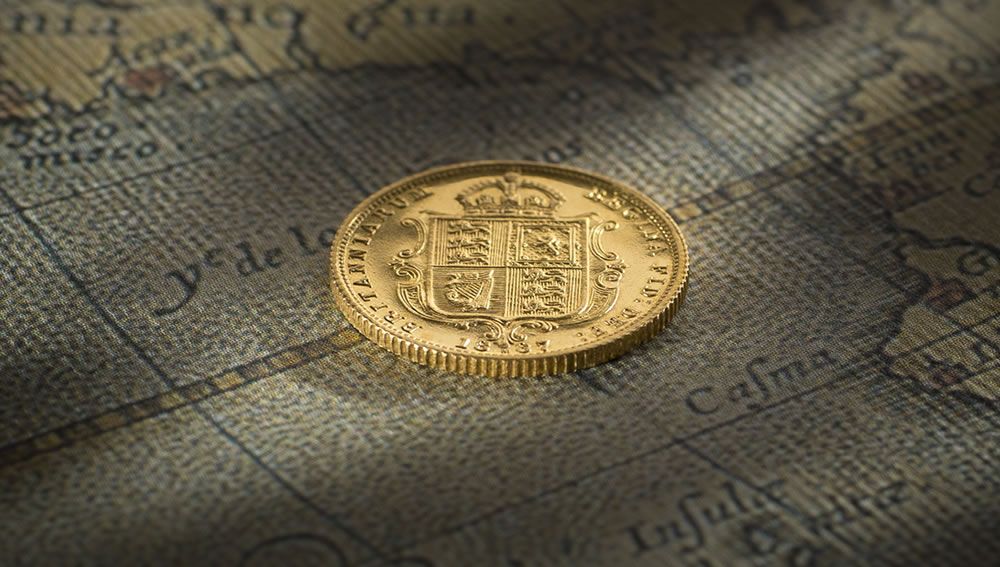 1887 Proof Half Sovereign Melbourne Mint
COIN
1887 Proof Half Sovereign Melbourne Mint
QUALITY
FDC
PROVENANCE
John G Murdoch 1903, Spink Australia 1978 and 1981, Philip Spalding
PRICE
$ 75,000
COMMENTS
“In the Australian coin series, the absolute brilliance and supreme rarity of proof gold is unrivalled.” Wealthy businessman and collector John G Murdoch financed the striking of a limited number of proof collector pieces at the Melbourne Mint for Queen Victoria’s Golden Jubilee. Three proof coins were believed struck. This coin is one of the three and to our knowledge is the only proof example out of that original mintage to appear on the open market in the last fifty years.
STATUS
Sold June 2016
Enquire Now

The year 1887 is an important one in the nation’s currency history. It was the year that Queen Victoria celebrated her golden jubilee. To mark the occasion Australia’s half sovereigns were struck depicting a Jubilee portrait of Queen Victoria: the design featured from 1887 to 1893.

Given the importance of the design change, wealthy businessman and collector John G Murdoch financed the striking of a limited number of proof collector pieces at the Melbourne Mint, believed three.

This 1887 Proof Half Sovereign is one of the three and, to our knowledge, is the only proof example out of that original mintage to appear on the open market over the last fifty years.

That proof coins were struck in the nineteenth century may surprise some readers. But it has to be said that the striking of proof coins in Australia is not a modern day phenomenon. Nor a product of the decimal era.

The nation’s mints were striking proofs of our pre-decimal coinage in the nineteenth and twentieth centuries and the intention was then, as it is today, to create limited mintage collector coins struck to the highest quality standards. But with two very glaring differences. The mintages more than a century ago were minuscule. And their striking was sporadic.

The owner of the Madrid Collection held onto his gold proofs for more than twenty years. And this coin was held in the Spalding family for a similar length of time.