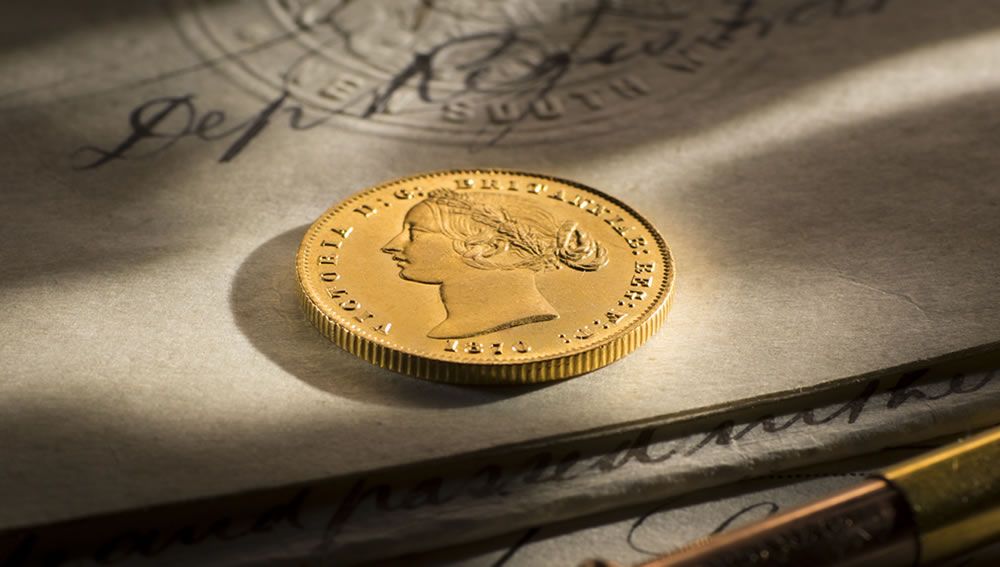 As far as gold sovereigns are concerned you can’t get much more historical than the Sydney Mint Sovereign series. The coins were minted at the nation’s very first mint, the Sydney Mint, which was located in the southern wing of the city’s Rum Hospital constructed during Lachlan Macquarie’s term as Governor of the penal colony.

In 1871 the British Government revoked the approval of the Sydney Mint design and Australian sovereigns took on a traditional British flavour. The queen’s portrait was modified and the traditional St George and Dragon and Shield designs were introduced on the reverse.