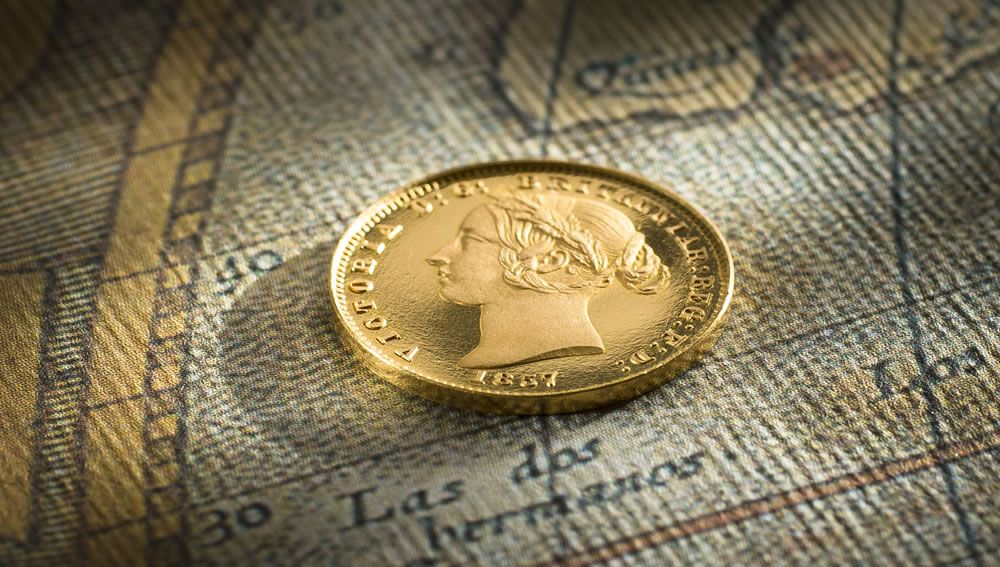 There are three aspects to this coin, and the sector of the market to which it belongs that are critical to our statement that this is “an outstanding investment opportunity”.

Australia’s half sovereign history began in 1855 with the introduction of the Sydney Mint design. It was a style that imparted a uniquely Australian flavour into the nation’s first official gold coinage.

The reverse design of Australia’s first half sovereign has fascinated historians and collectors alike. The full name of the mint, Sydney Mint, was incorporated into the legend: going against all known protocols at the time. Furthermore the coins were inscribed with the national name, Australia, even though the country was at that stage operating as separate colonies. Australia did not operate under a single Government until Federation in 1901.

In 1857 the obverse design of Queen Victoria’s portrait was altered to impart an even stronger Australian feel: a sprig of native flora, the Banksia, added to her hair. It is referred to as the Type 2 or Banksia design.