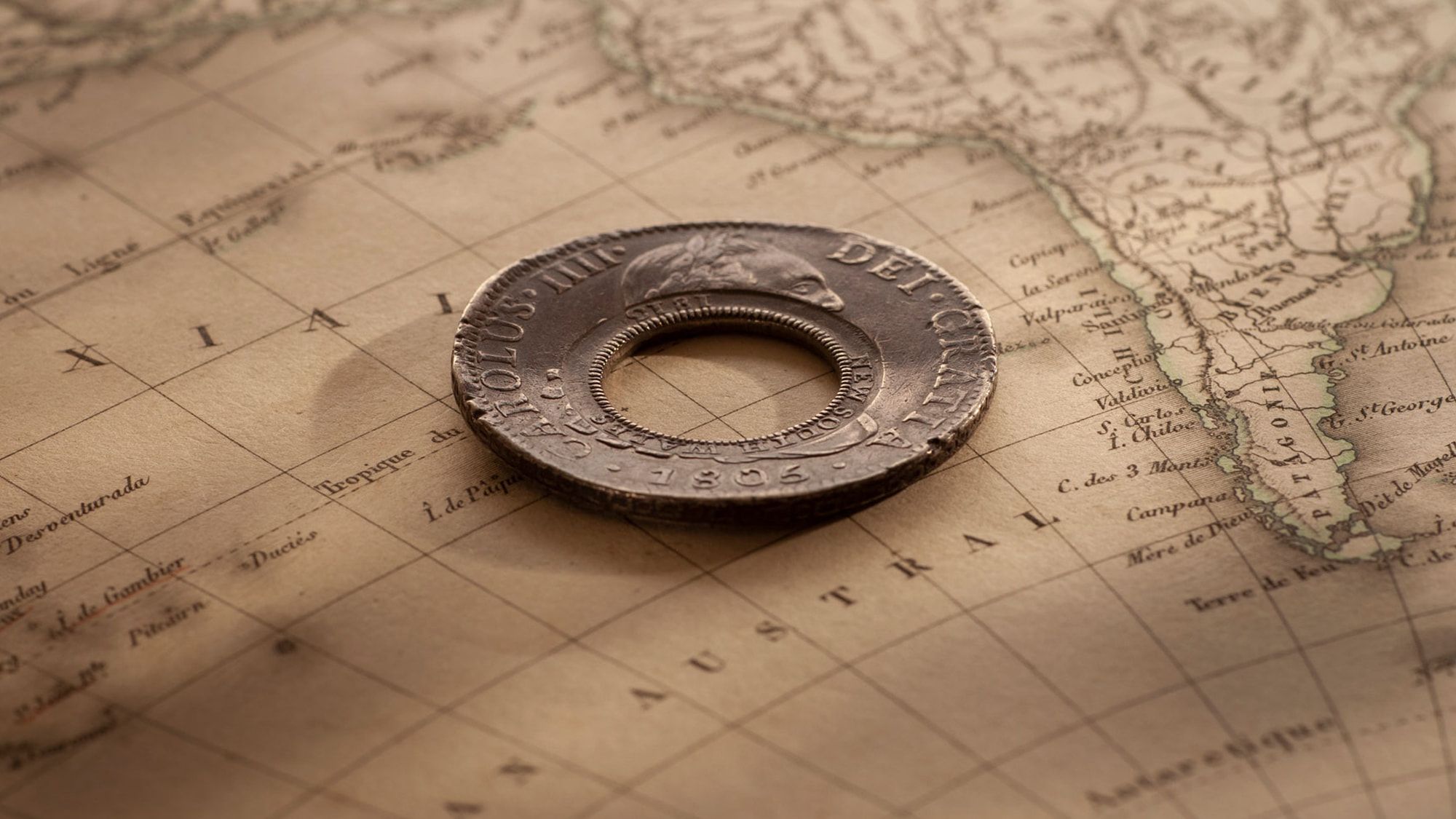 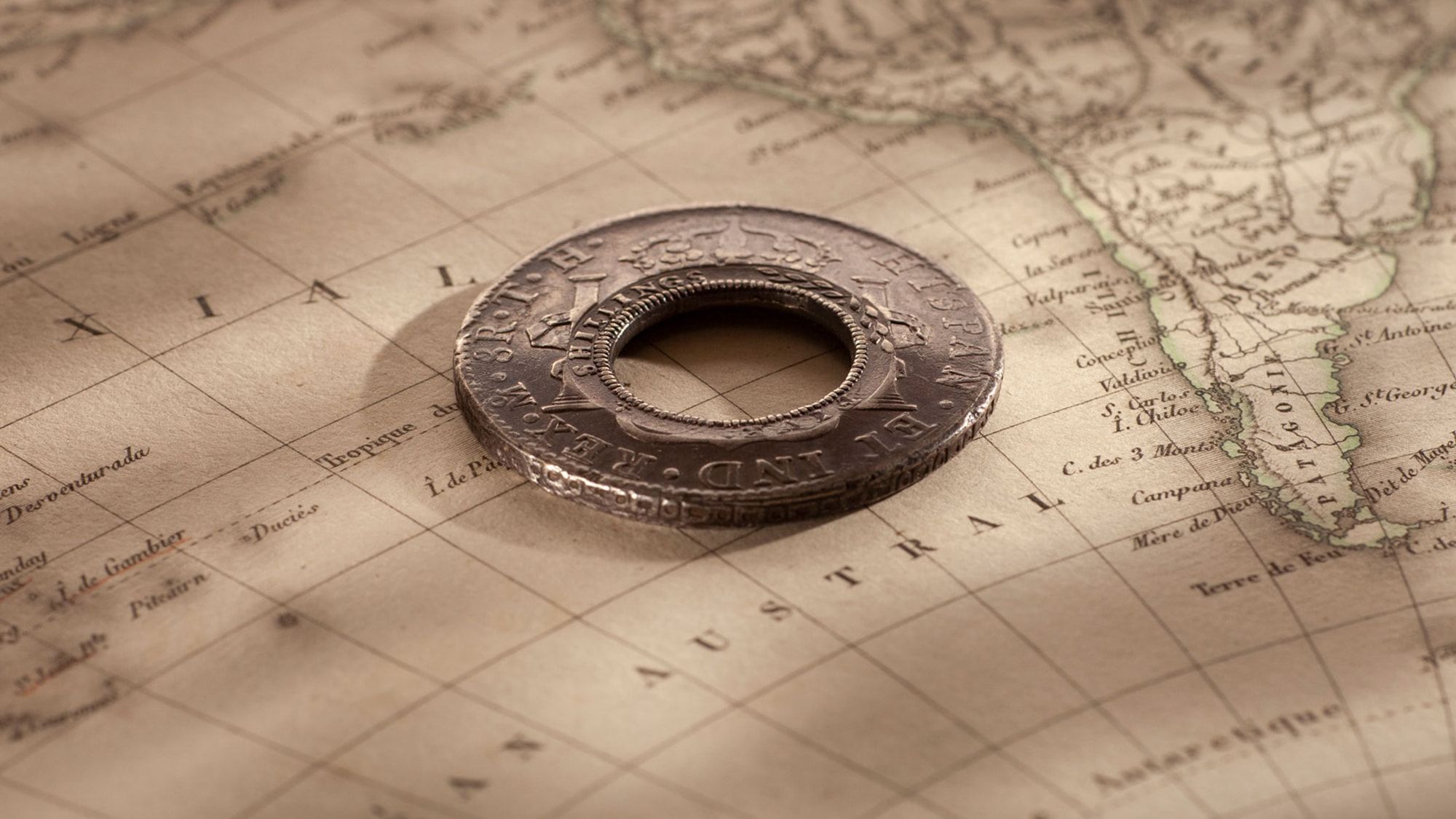 1813 Holey Dollar struck from an 1805 Mexico Mint Spanish Silver Dollar
COIN
1813 Holey Dollar struck from an 1805 Mexico Mint Spanish Silver Dollar
QUALITY
About Extremely Fine with counter-stamps Extremely Fine. An impactful coin with lustrous glossy fields.
PROVENANCE
Ray Jewell Collection, Kreisberg-Schulman Auction New York 1966, John Ahbe Collection sold Spink-Stern Auction Melbourne November 1975, Osborne Collection sold Nobles Auction July 1993. Mira Noble Reference 1805/7
PRICE
$265,000
STATUS
Available now
COMMENTS
Ray Jewell was a leading light of the Australian rare coin industry and a former owner of this Holey Dollar. And that speaks volumes. An avid collector early on in his career, Jewell's passion became his professional occupation when he began working for Max Stern in Melbourne in the 1960s. What prompted Ray Jewell to add this Holey Dollar to his personal collection? No doubt, the aesthetics of the piece for it is impactful with the monarch’s profile, including the eye and the nose clearly visible, two facets of the design that mint master William Henshall almost always obliterated when he punched out the hole. But Jewell would also have acknowledged its quality, that a Holey Dollar with an ‘About Extremely Fine’ assignation reigns supreme, placing it in the top ten per cent quality-wise. (Technical shots are provided. ) 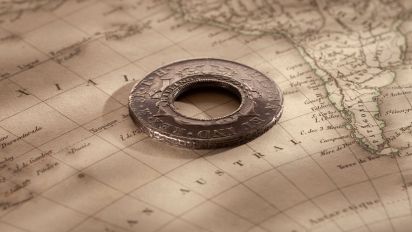 And while we have given considerable attention to Ray Jewell, let's not forget renowned collectors Ahbe and Osborne were also former owners of this piece.

A further affirmation of the magnitude of this Holey Dollar.

When William Henshall created this Holey Dollar in 1813, he grabbed an 1805 Spanish Silver Dollar that had been struck at the Mexico Mint.

If William Henshall had been a numismatist he would have acknowledged that the 1805 Spanish Silver Dollar that he was about to deface showed minimal signs of wear. Given that he was holding the world's greatest trading coin, that in itself was a miracle.

Committed to the task of creating holey dollars from silver dollars, he cut a hole in the dollar and continued the minting process by over-stamping the inner circular edge of the hole with the words New South Wales, the date 1813 and the value of five shillings, thereby creating this 1813 Holey Dollar.

The original 1805 Spanish Silver Dollar used to create this Holey Dollar is graded in the premium quality level of About Extremely Fine indicating that it underwent minimal circulation before the hole was cut into it in 1813.

The counter-stamps of this Holey Dollar are graded in the premium quality levels of Extremely Fine indicating that as a Holey Dollar this coin also underwent minimal circulation.

The Holey Dollar is one of Australia’s most desirable coins.

Talk to those fortunate enough to own one, either private collectors or institutions such as Macquarie Bank, National Museum of Australia and the Mitchell Library, and they will tell you that the Holey Dollar is viewed as the jewel in their collection. And that statement is made irrespective of the quality.

The coin is rare. And the coin is steeped in history. And yet it is refreshingly current. The ingenuity of Governor Lachlan Macquarie in creating our first coin is reflected in the naming of the Macquarie Bank and the bank’s ultimate adoption of the Holey Dollar as its logo.

The pleasure of owning a Holey Dollar is indefinable. The pleasure is heightened when you open one of the leading Holey Dollar reference books, "The Holey Dollars of New South Wales" and see the coin featured and photographed on page 51. A copy of the book will accompany the sale. 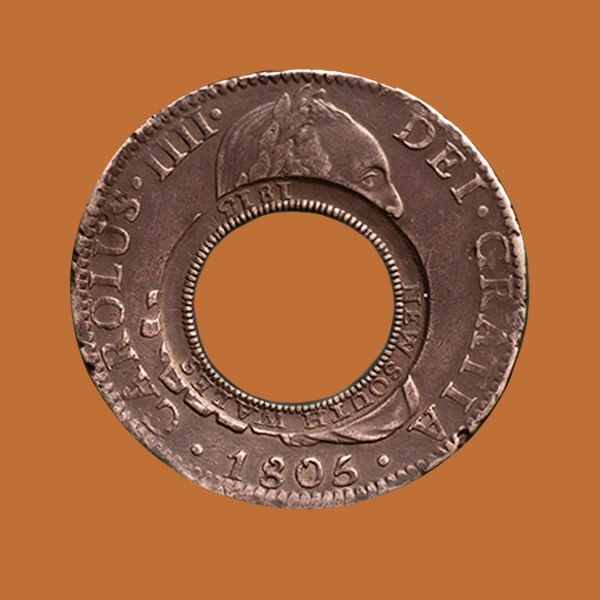 This Holey Dollar is impactful, the monarch's eye and nose totally visible, an aspect of the design that was almost always obliterated by mint master William Henshall when he smashed out the hole. 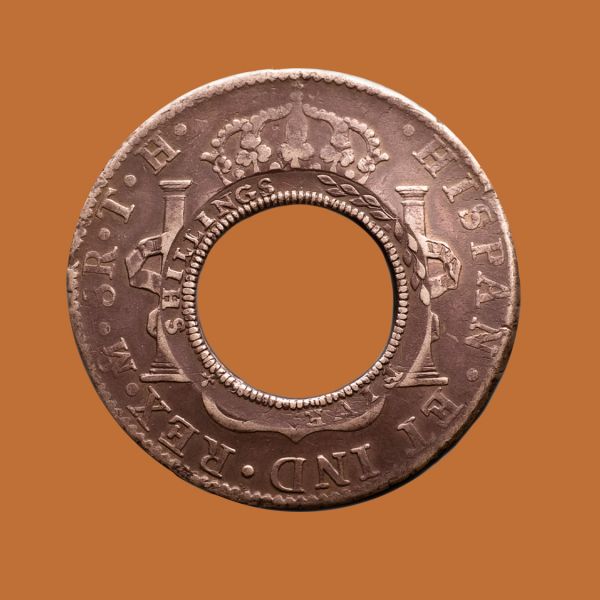