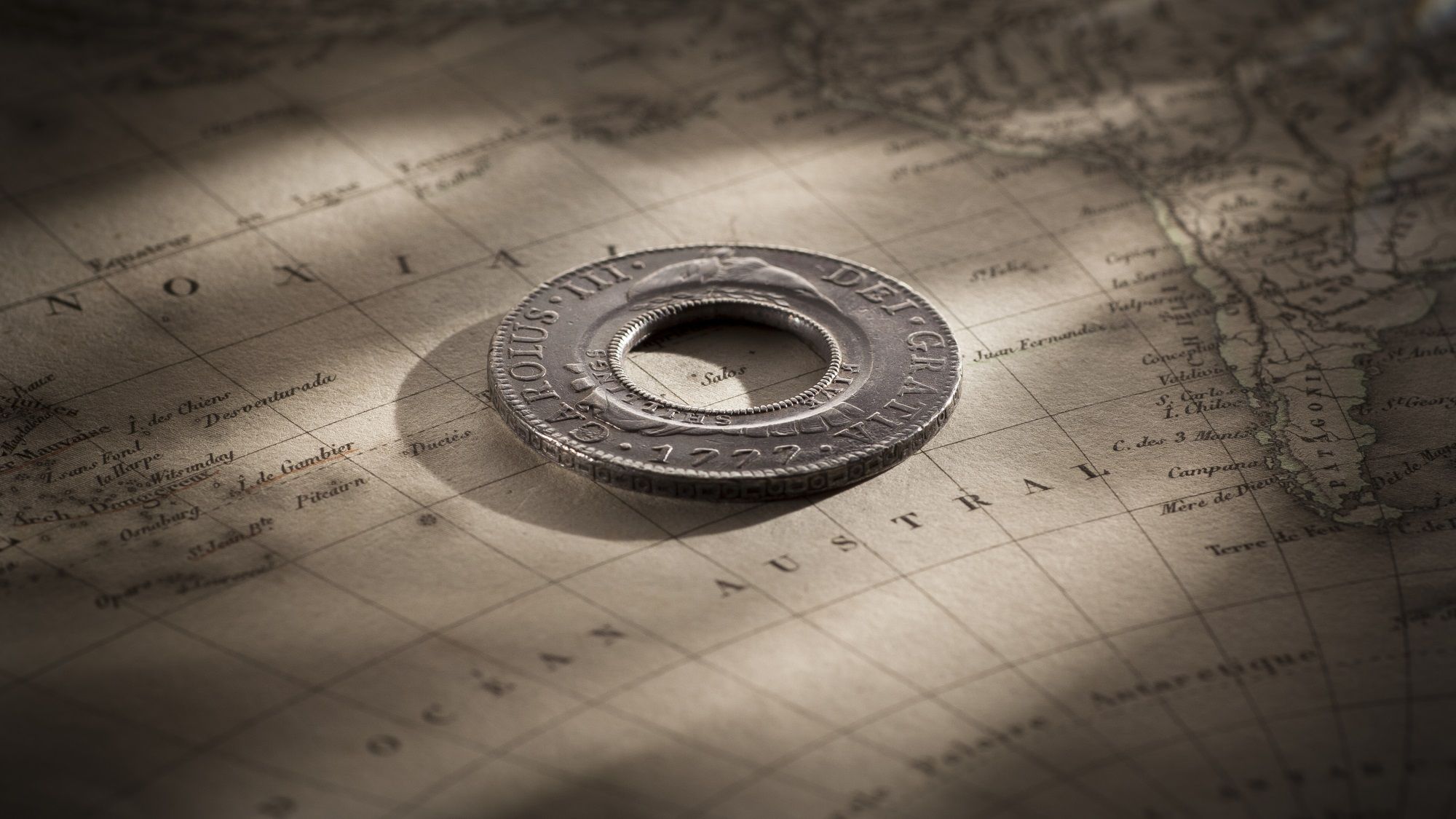 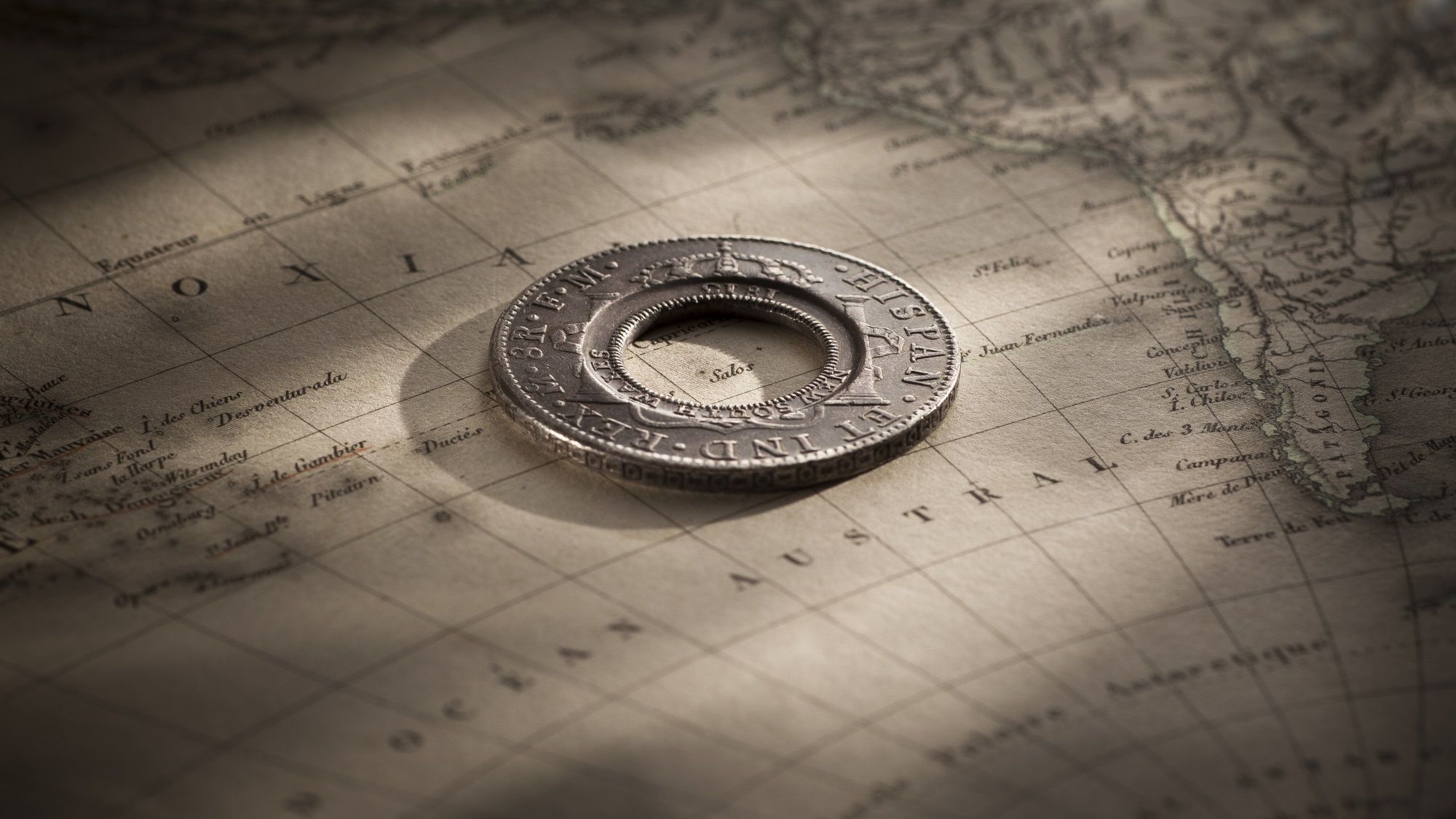 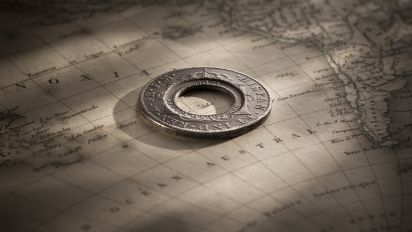 One year later, Macquarie enlisted the services of emancipated convict, William Henshall, to cut a hole in each silver dollar. Henshall continued the minting process by  over-stamping each 'holed' dollar to create the nation's first coin, the Holey Dollar.

In creating this Holey Dollar, Henshall had picked up a silver dollar that was struck in 1777 at the Spanish colonial mint in Mexico during the reign of Charles III.

Had Henshall been a numismatist, with an eye for detail, he would have noted that the dollar that he was now handling had come to him in a miraculous state. It had hardly been used. He might also have noticed that very few of the silver dollars that he was handling bore the portrait and legend of Charles III.

Committed to the task of creating Holey Dollars from silver dollars, he cut a hole in it. And continued the minting process by over-stamping the inner circular edge with the words New South Wales, the date 1813 and the value of five shillings. We refer to them as the counter-stamps.

It was at this point, the application of the counter-stamps, that Henshall created this 1813 New South Wales Five Shillings, better known as the 1813 Holey Dollar.

The technical quality classification of this Holey Dollar, both the original silver dollar and the counter-stamps, is Extremely Fine. A simply remarkable state of preservation.

In fact, this coin is the finest known Charles III Holey Dollar available to private collectors.

It comes to the market with an impeccable record.

Out of sight for more than a century it was offered for sale in 2016 by German Auction House, Künker, the coin attracting worldwide interest and ultimately establishing a record auction price for an Australian Charles III Holey Dollar.

The intense bidding interest, and the record price, was sparked by three factors. 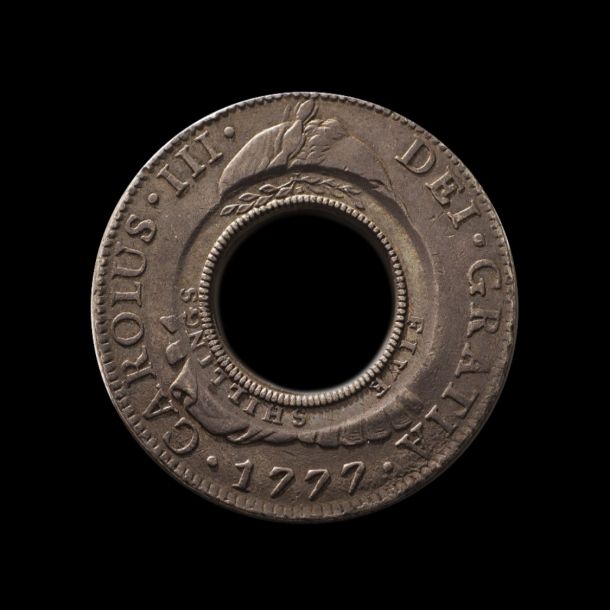 The date 1777 is crisp and clear as is the counter-stamps Five Shillings. 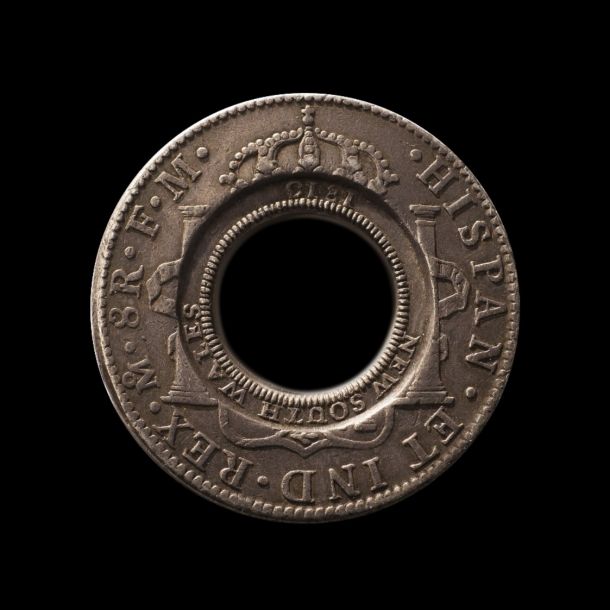 Again, the counter-stamps New South Wales and 1813 are crisp and clear.

Governor Lachlan Macquarie's order for 40,000 Spanish Silver Dollars was not date specific. Any year would suffice.

Quality was irrelevant. And it made no difference as to which monarch was reigning at the time. King Charles III, Charles IIII, Ferdinand VI or Ferdinand VII.

If William Henshall had conducted a detailed inventory of the 40,000 silver dollars imported by Macquarie, he would have registered that those dollars struck with the legend and portrait of Charles III formed a minor portion of the shipment.

A major study published in 1988 by Messrs. Mira and Noble confirmed the survival of 176 privately owned Holey Dollars (out of Macquarie's initial order of 40,000 coins).

And of those, only 21 bore the legend and portrait of Charles III. (As a point of comparison, 130 bore the portrait and legend of King Charles IV of Spain.)

The first point of reference in researching Holey Dollars is the book, "The Holey Dollars of New South Wales”, published in 1988 and authored by Messrs. Mira and Noble.

The book is a literary “google” of the surviving Holey Dollars, presenting background information and photographs.

At the time of going to print, 276 Holey Dollars were recorded and presented in a 92-page catalogue.

The Holey Dollars are listed in numerical order of the year in which the original Spanish Dollar was minted.

The earliest year is 1757 which appears on a heavily circulated Ferdinand VI Holey Dollar, followed by 1773, a well circulated Charles III Holey Dollar that is housed in the Mitchell Library.

And then this supreme quality Charles III Holey Dollar created from a silver dollar minted in 1777. 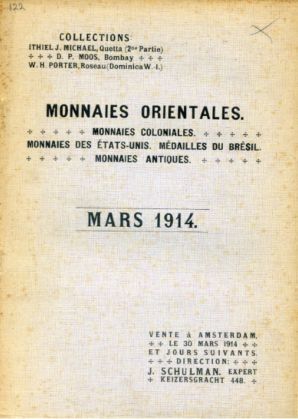 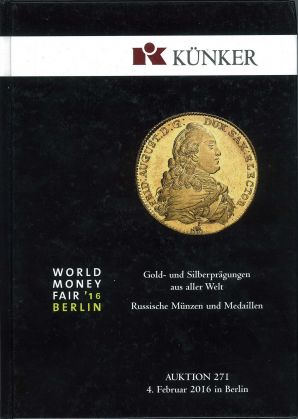 Now it is a fact that the year in which the Spanish Silver Dollar was minted is significant when it comes to assessing a Holey Dollar’s value.

This conundrum is best demonstrated by an example.

We ask the question. Which Holey Dollar is the more remarkable and hence the more valuable?

That the original coin, dated 1777, shows minimal circulation is the very reason why we say that this coin is in a miraculous state.

And the prime reason why it achieved a record breaking price when it was offered at Künker's Auction in 2016.

(Preserving the wonderful history of this Holey Dollar, a copy of both Auction Catalogues will accompany the sale.)