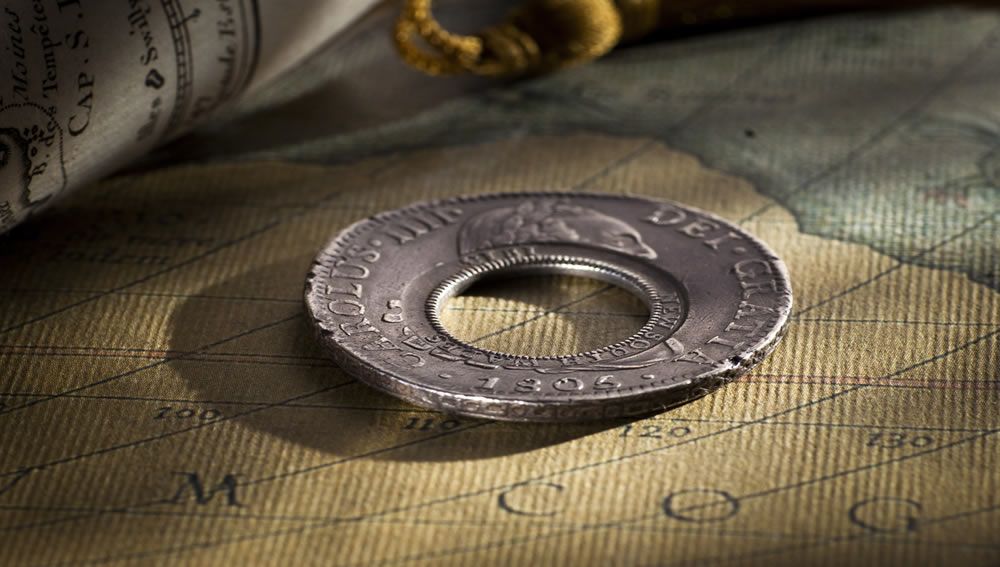 The buyer that takes up this Holey Dollar will be acquiring one of the very best examples of the nation’s first coin … in the top 15 per cent of the 200 privately held examples. The piece has undergone minimal circulation and is beautifully toned. Moreover it has been priced to attract interest. We believe it offers outstanding buying value.

Note the full eye of the monarch. Its appearance adds further to the coin’s appeal.

The rarity and significance of the Holey Dollar touches all of its owners. We speak from experience. We have seen it first hand with our clients, the sheer excitement of acquiring the nation’s very first coin.

Clients have also expressed their profound pleasure at discovering their coin photographed and featured in the major reference on known surviving Holey Dollars, ‘Holey Dollars of News South Wales, a Pictorial Record of Known Surviving Specimens’.

You can have both with this coin. The joy and pride of owning the nation’s very first coin. And the pleasure of seeing it featured on page 51 in the major reference of known surviving Holey Dollars.

When William Henshall created this coin he picked an 1805 Spanish Silver Dollar that had been struck at the Mexico Mint. Using crude equipment, he cut a hole in it. He then continued the minting process by over-stamping the inner circular edge of the hole with the words New South Wales, the date 1813 and the value of five shillings.

In so doing he created history by becoming Australia’s first mint master and produced one of Australia’s greatest coin rarities, the 1813 Holey Dollar.